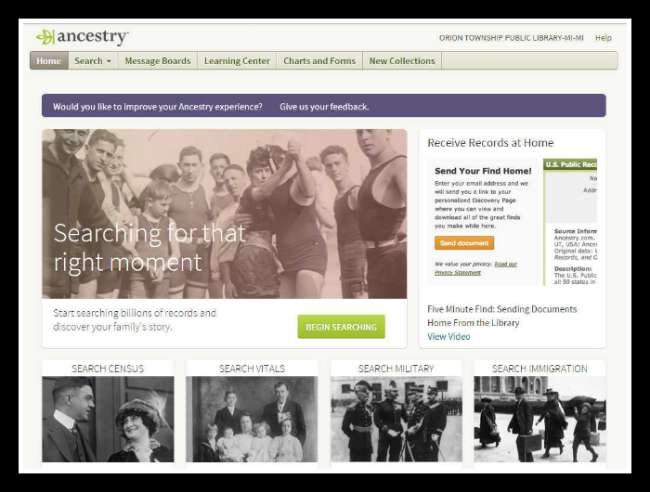 Ancestry Library Edition by ancestry.com provides access to more than one and a half billion names in over 4000 databases, including census data, vital records, directories, photos, and more.

Access downloadable charts and forms to organize your research, including: